From Halloween to Christmas is my favorite time of year, aside from the freezing cold weather, that is. I could do well in a warmer climate. Anyway.. after Halloween, my favorite is Christmas. I love the craft fairs, the ornaments, the music and gathering. I love to get everything done early to sit back and enjoy the commotion.

I am one of those people everyone hates! It is November 4th, and i have 90% of my Christmas shopping done, wrapped and stashed. I only have 3 gifts to go and two of those are picked out. I started my Christmas baking Tuesday, on my rare mid-week day off. Presents and food start super early, but ornaments do not. I keep the boxes away until after Remembrance Day, sometimes i can even manage until after American Thanksgiving. Sometimes. But, the tree usually goes up the first week of December. It is a fake tree mostly for show, since i usually do Christmas at my parents.

As for the baking, i try to do it all early. I bake and wrap tight, then freeze and pull out as necessary. Cookies thaw in no time, and breads in a few hours. Yummy last minute goodness without all the fuss. The recipe i started with this year is a new one, they can be eaten almost directly from the freezer. I found this in a Christmas cookbook at the library. I have heard people describe these before, with no names, and i have had them but it has been a long time. So when i saw the recipe, i got excited, finally! :-)

Mix butter, icing sugar and coconut well. Form into long tube and cut into 40 pieces.
Wrap each piece around a cherry half. Shape into a ball.
Roll each ball in graham cracker crumbs.
Store in covered container in refrigerator or freezer. 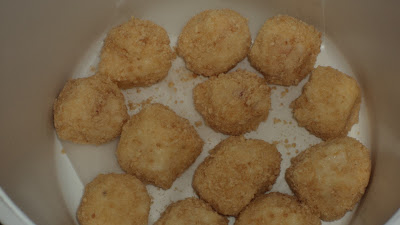 I layer things like this in ice cream containers that i save up all year, in between waxed paper. the recipe states it makes 40, i got about 36. I made 2 changes and possibly one mistake. 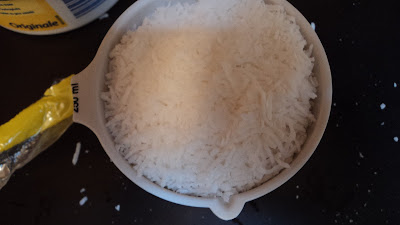 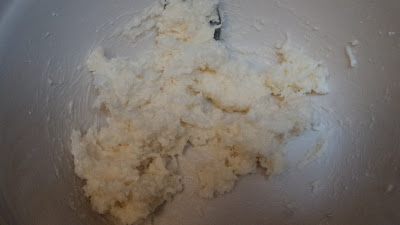 The mistake i may have made was that i wrote down the recipe and then returned the book. When i looked at the recipe again, i could not tell if i had written 1/2 cup of icing sugar or 1 1/2 cup. The 1 was very large, so i may have forgotten to write the small 1. or, i may have just written it big. I tried to find the recipe online, but all the recipes for cherry winks seem to be a baked cookie rolled in crushed corn flakes. When i go back to the library tomorrow, i will take a peek at the book again (hopefully it is still in) and edit as necessary. (edited, it is 1 and a half...oops)
The only reason why i worry about it is because the recipe is very wet. I ended up adding another small sprinkle of icing sugar to it in order to make it stick to the cherries. 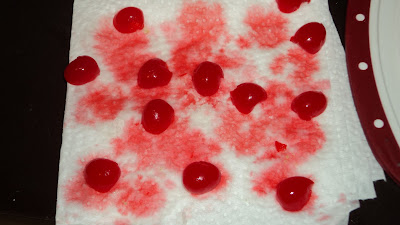 And this final picture is a whimsy one. I thought the cherries looked cool sitting on the paper towel, they look like they are bleeding, very Halloween-y (and people wonder why my Mom thinks i am morbid).
I have not tried the cherry winks (yet), after all i am on a diet! Can't start Christmas eating yet! But, as i have said before, every diet had room for occasional sweets, so i will try one soon. I am down 3 Winks already, though, I showed my mini masterpieces to my beau and he had to try the lonely three on the top layer. He says they are delicious!
Posted by egbkid at 4:40 PM