A few months ago, I decided I wanted to take a trip to Ireland next Summer. I almost put it off until 2013, but a few recent events put it back onto next Summer's calendar. When I was first thinking about it, I found a cookbook called Irish Pub Cooking on the sale rack at the local bookstore, so I picked it up. In finally got around to making a recipe today, apparently it is a recipe made to use up all those leftover mashed potatoes. Here is a picture of the book photograph. 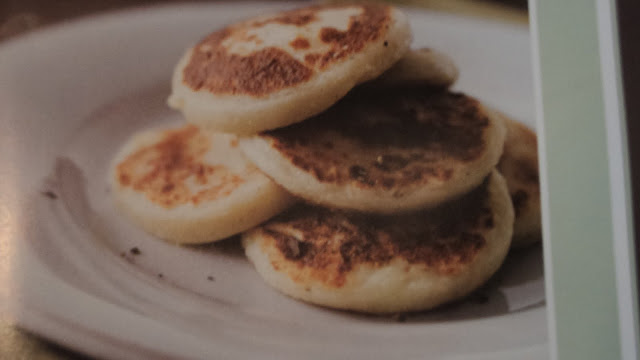 Cook the potatoes in a large pan of boiling salted water for 15 to 20 minutes. Drain well and mash until smooth. Season to taste and add butter. Mix in egg, if using.

Turn out into a large mixing bowl, add enough flour to make a light dough. work quickly, you do not want the potatoes to cool too much.

Place the dough onto a lightly floured surface, roll out carefully to a thickness of 1/4 inch. Using a 2.5 inch cookie cutter, cut into circles.

Brush flat grill pan with oil and heat. Cook the potato cakes in batches in the grill for 4 to 5 minutes on each side, until golden brown. Serve immediately with butter. 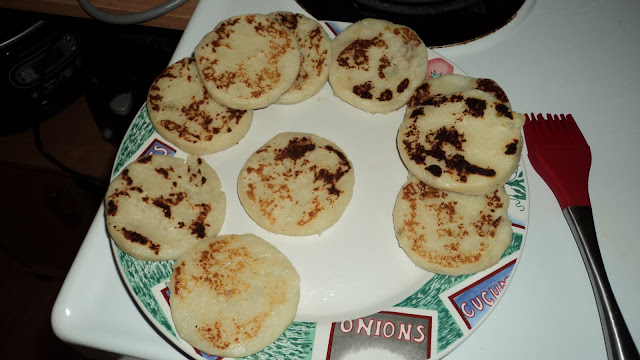 Like a good little Canadian, I ate them with a splash of ketchup. I also baked a piece of salmon in my crock pot and made a salad because I wanted to try out a new Mango & Chipotle dressing i had got this afternoon. It was not bad, good kick but needs more mango. 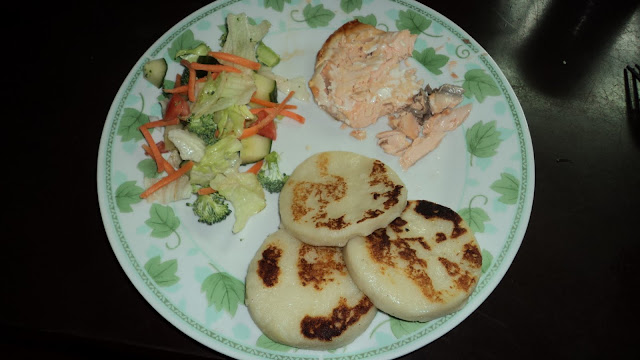 I found the potato cakes a bit bland, thus the ketchup, next time I may add some parsley or something. I skipped the egg, but doubled the recipe. After weighing the potatoes, I discovered 1 Lb is only 2 potatoes, I figured not enough to do anything with, so I doubled it and got 24 cakes. That is a lot for one person, so let's hope they freeze well. 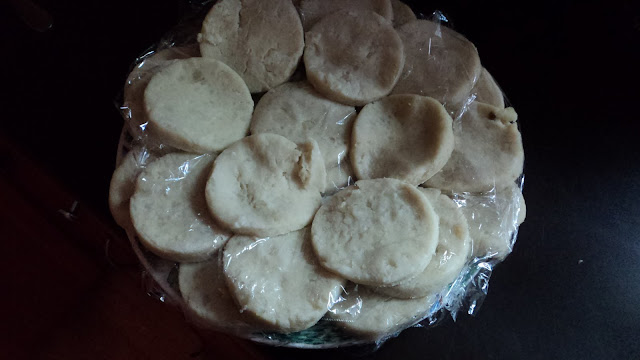 You could probably just mash them into patties like fish cakes, but I used a large biscuit cutter as per the recipe. I made them early this afternoon and fried them up for dinner, I recommend making and frying right away, though. They sweated and stuck to the plastic wrap.

So, I hope everyone is having a great long weekend. I got to take in quite a bit of Canada Day events yesterday before going to work, but I have Monday off because I work for an American company. I have oodles of recipes I found while I was taking my unwanted vacation, but now I am back at it and should have plenty of new recipes to share soon!