This is a recipe that I have wanted to make for a quite awhile. I had bought the zucchini a couple months ago, but ended up tossing them because I did not have time to make it and they went bad. Last week, I decided to try again, I picked up two small zucchini from the City Market, and again I almost had to toss them! But finally yesterday morning, I had the time and ingredients, so I dove in. I got this recipe from a cookbook called Basic Baking. This is probably the fourth recipe I have made from this book, and except for yields, I have yet to have a recipe not turn out.

In mixer, cream sugar and oil. Add eggs and vanilla, mix until well blended. In another bowl, stir together flour, baking powder and cinnamon. Add this and shredded zucchini to egg mixture. Blend until well combined. Mixture will be dry at first, but will thin as the liquid comes out of the zucchini. Pour into prepared 9 inch baking dish. Sprinkle with chocolate chips. Bake in 375 F oven for 25 to 30 minutes, until toothpick inserted in centre comes out clean. 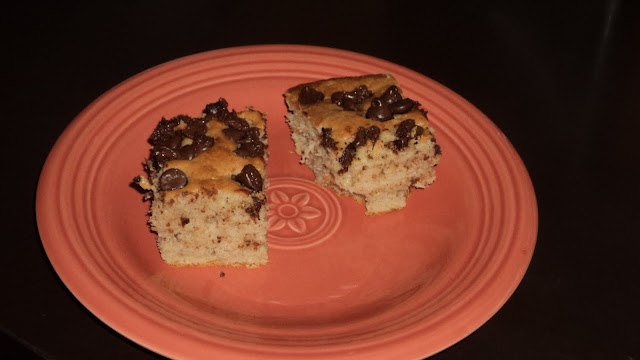 This cake turned out very moist, I had hoped the chips would have sunk into the batter, though. If I make this again, I will mix the chips into the cake. 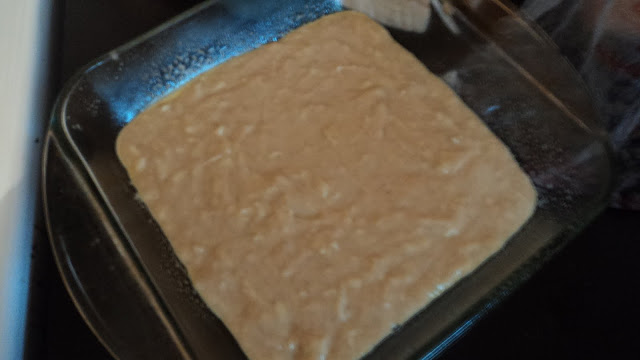 It quickly baked up in the time allotted, and i think it could have easily gone into a larger rectangle dish so it could be cut into more squares. 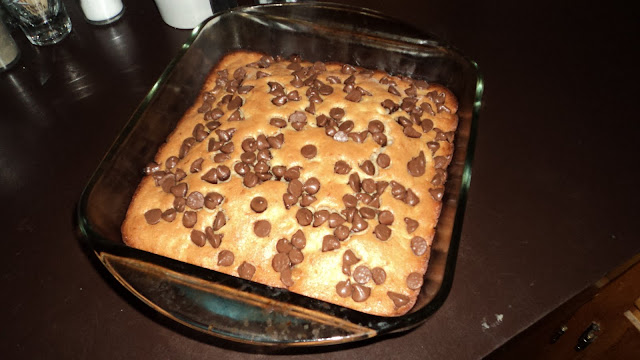 This is not to sweet, i have to admit I kind if had my doubts about zucchini cake, after all I am not crazy about zucchini, but I decided it was something different and I wanted to try it. Yummy hidden veggies!

So far the week is off to a good start, I made another new recipe today for dinner; i will post it tomorrow after I try it tonight. Hope everyone is having a great week!